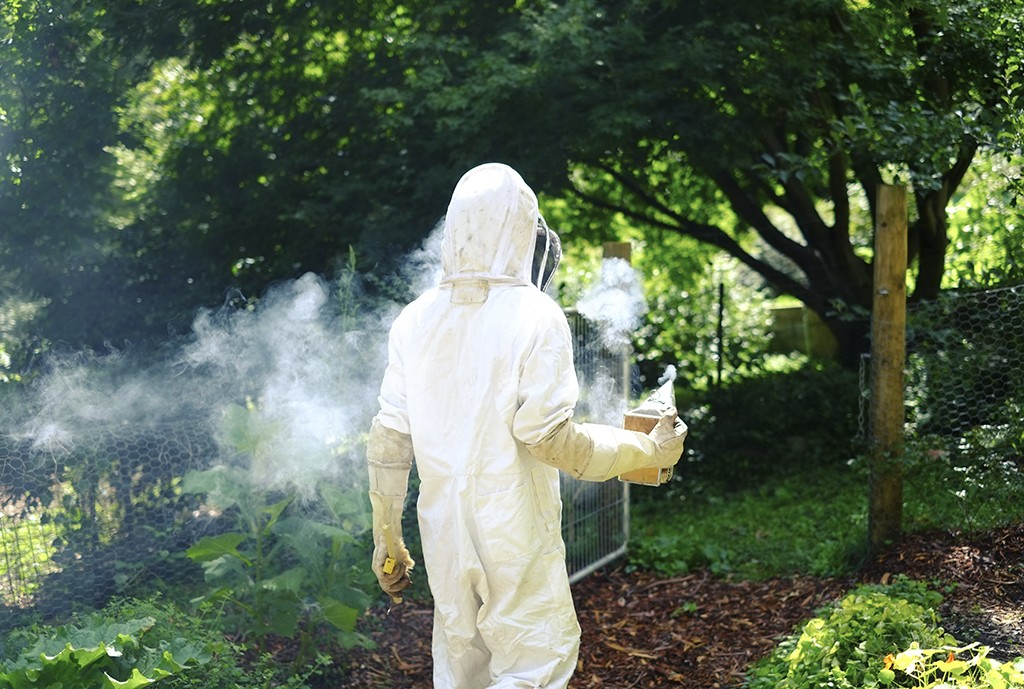 I’ve been bee keeping for about five years. I just came to the conclusion that I was spending too many hours staring at a computer screen and not doing anything for my local environment. Bees play a large role in pollination and environmental health. I think it was Einstein who said that if bees were to disappear, we would disappear shortly after. The guy next door to where we were living had about 75 hives and introduced us to it. Having said that, I use the ‘non-interference method’. Traditional beekeepers kill the queen cells, so they don’t swarm. If you observe biodynamic principles however, you don’t do that. We let our bees swarm and through doing that we’ve helped give birth to twenty new hives. They really are amazing creatures and I think the less you interfere the better.

In terms of people who inspire me, I would probably say Don Tolman. He is a health advocate who promotes the notion of ‘self care’ and the consumption of wholefoods. He says that this is what is most likely to lead to good health and longevity, not relying on doctors and medicine to protect our health and wellbeing. Colin Campbell is another person that I find inspiring. He is a nutrition expert and researcher. He is an advocate of following a plant-based diet. After examining correlations between diet, lifestyle and health outcomes for many years, he believes that a plant-based diet offers a number of measurable benefits for things like cardiac health.

I suppose that ultimately, I’m about trying to get off the grid. I think that there are a lot of benefits to be had from disconnecting from industrialised society. I mean, there are a lot of things that people just aren’t aware of. For instance, meat that comes out of abattoirs is often sprayed with ammonia to kill bacteria. That’s probably one of the reasons why I’m a vegan!