When Garth asked Rudi Van Voojen of Van Vlies, Van Jong, Van Ootelrooy, Van Hooft & Van de Vries, if he would like to participate in the first “What makes them Tick” profile, the famed Dutch art director replied, ‘Wonderbaar! Count me in.’

‘I always tell people that it never hurt a man to smile a lot and be a bit loose at parties, but my internal musings do extend slightly further than this.’ Rudi leans back with his hands behind his head and explains that his guiding philosophy is that every human being needs to express their individuality and creativity in whatever way they can. ‘Since 1979, I have been collecting neck ties. Ties go with everything. You can be wearing a Savile Row suit, or a pair of bikini bottoms – the right tie will make it the perfect outfit.’ Suddenly Rudi pauses, ‘Ok, perhaps not EVERY pair of bikini bottoms, but you get what I mean’. 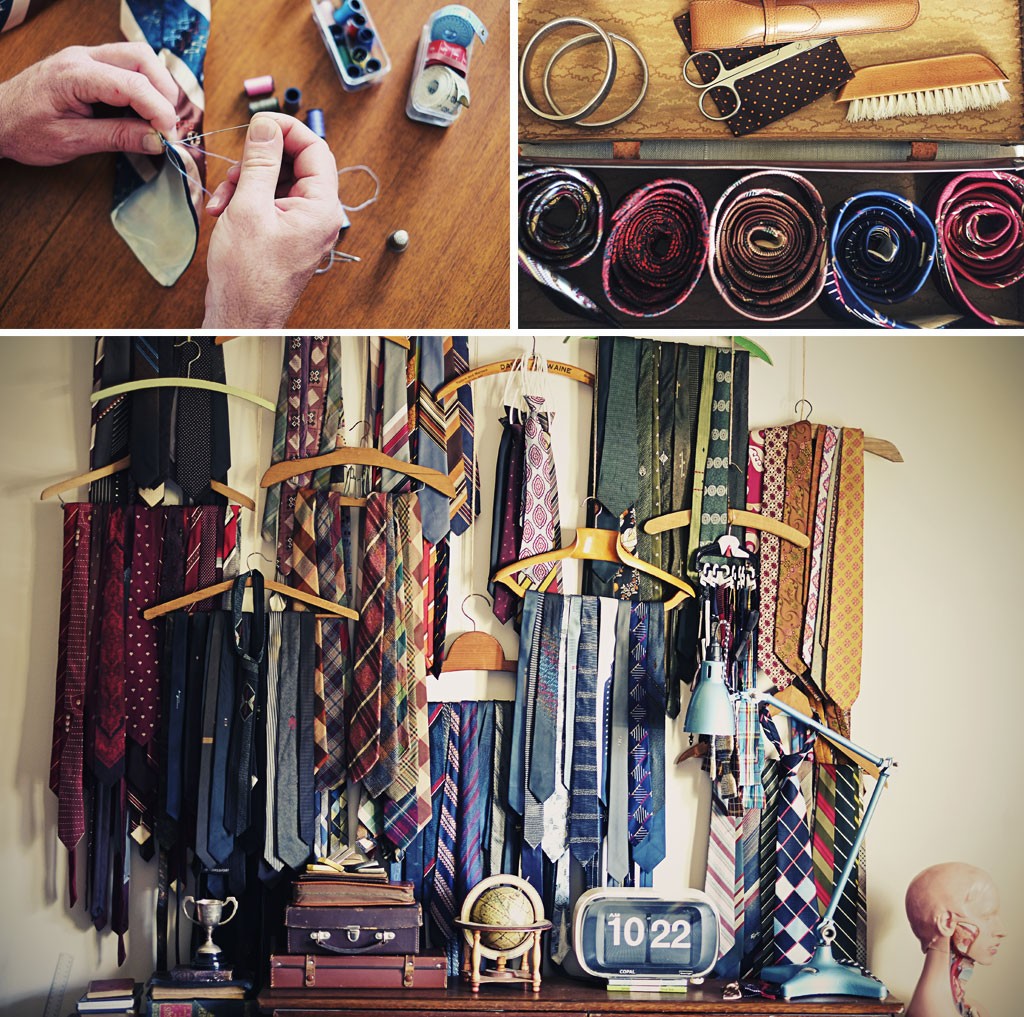 In the years that Rudi has submerged himself in tie collecting, he has shopped in a vast array of countries. ‘I’ve been from Beijing to Bahrain and I can tell you this: the worse the plumbing is, the more interesting the tie selection.’ With tremendous seriousness Rudi then says, ‘Items of clothing symbolise both transience and permanence… or sometimes, just extremely questionable taste.’ Rudi lets out a squeaky, high pitched laugh and continues, ‘Only American art directors ever wore ties, and haven’t done so since the 1950s, but I don’t leave the house without one.’

Today Rudi is dressed entirely in shades of green, from his well polished lace-up marching boots to his ornately embroidered hunting cap. His tie, however, is bright orange and paisley patterned. ‘I choose not to dress like a factory worker from Soviet Russia – not that there was anything wrong with the way Russian factory workers dressed – because I want to erupt onto the street looking completely like myself’! Rudi looks at the ceiling for a moment be fore adding, ‘I have to confess though, that without the right tie to perfectly fit a situation, I’m completely at a loss. Last week I was planning on pan frying pheasant and I had absolutely no idea what to wear. My wife suggested a silk, navy polka dot, but I said: no, that says pigeon to me Gerda.’