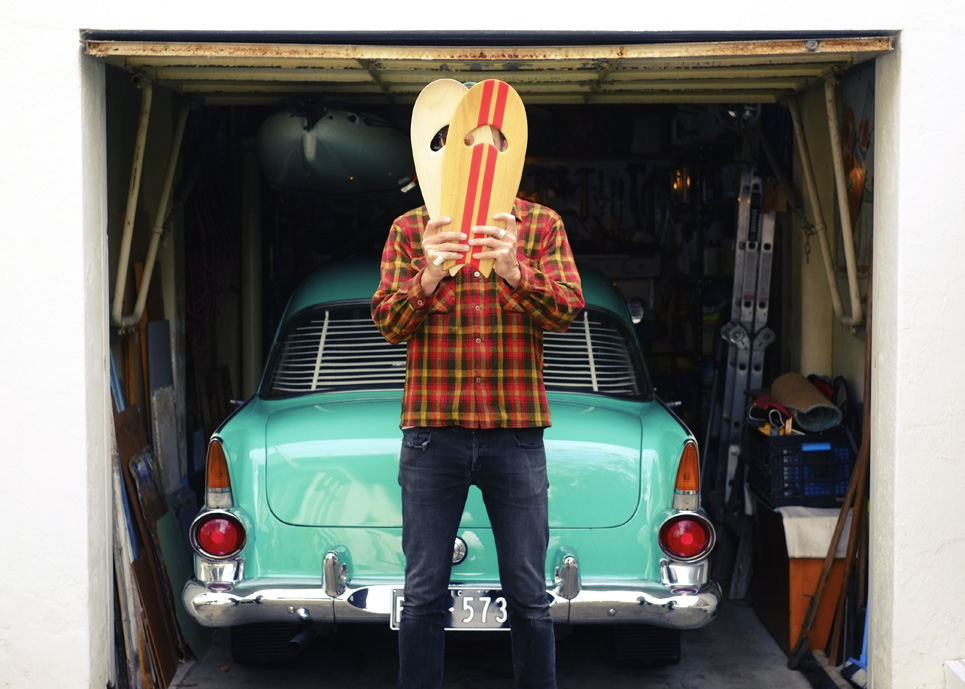 DIY, scavenging, building… I guess I’ve always been a ‘maker’ outside of my job. I think it’s because I grew up in the country, on a farm. You kind of had to make your own entertainment. I had a pocketknife, a bike, a fishing rod and I was always drawing. My Dad was a fixer and a tinkerer just by the nature of being in the country. We didn’t have many toys from the shop. We made them. Stuff like bows and arrows, or rafts for the river.

I spent a lot of time at the beach when I was growing up at my grandfather’s beach shack. I was never a particularly good surfer, but I loved the beach and the shacks built there. They were filled with home made furniture and art. It was the late sixties and early seventies and those seaside places hadn’t yet become an extension of city suburbs full of million dollar houses. Because I have such a nostalgic connection with the beach and surf, when I discovered the handplane revival, I decided to make one myself. Of course, as a recycler and a hoarder and a collector, I found an old piece of timber and traced a shape out. I made a couple and I discovered that it was pretty much the perfect expression of my design aesthetic: DIY where form and function perfectly meet.

Some people that I admire are my dad.  He is always willing to back himself and try something new. He taught me to never be afraid of change.

And my grandfather. A decorated Kokoda veteran and ’50s Ad man who taught me to fish. Despite the mental scars he carried from the war, he was always smiling and telling jokes. His beach shack is where I discovered my love of the sea.